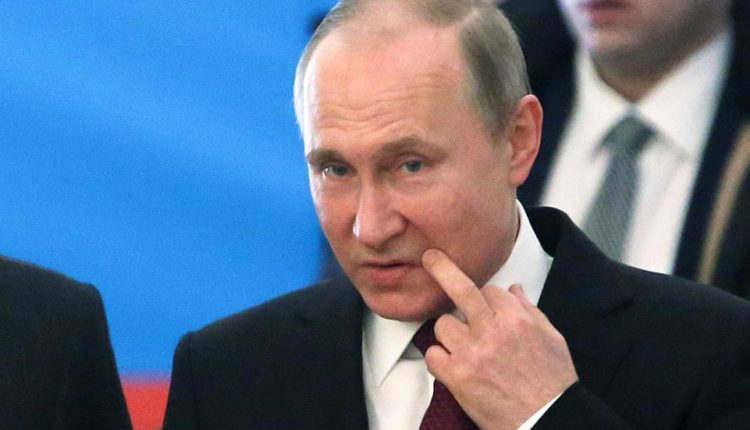 Vladimir Putin cautions West not to cross the “red line.”

In a speech, the Russian President protests against provocations from abroad. Then a “red line” will be crossed – you decide where it runs.
Russian President Vladimir Putin has accused the West of attempting to overthrow the territory of the former Soviet Union and warned against crossing a “red line”. “Organizers of any provocations that threaten the core interests of our security will regret their actions in a way that they have not regretted in a long time,” he said in his speech to the nation in Moscow. “But I hope that it does not occur to anyone to cross the so-called red line towards Russia. Where it runs, we will decide for ourselves in each specific case.”

In front of hundreds of representatives from politics, business, culture and religion, Putin spoke of ongoing and unfounded unfriendly actions against Russia, which reached into the sport. On the other hand, Moscow is striving for good relations with other countries and is ready for dialogue, said the President. Russia will always find a way to defend its interests.

Russian relations with the USA, the European Union and NATO had recently deteriorated massively. The background to this is, among other things, the renewed escalation of the conflict in eastern Ukraine and new sanctions by the USA because of the allegation of Russian interference in the US election. Most recently, the Czech Republic accused Russia of being responsible for an attack on an ammunition dump in the NATO country around seven years ago. As a result, both countries mutually expelled numerous diplomats from the other side.

There is also criticism from abroad of the actions taken against the imprisoned opposition activist Alexej Navalny. His health is deteriorating rapidly; his supporters had called for new protests in more than 100 cities on the day of Putin’s speech. Several of his leading comrades-in-arms were arrested, including Navalny’s spokeswoman Kira Jarmysch and his confidante Lyubow Sobol.

What is Employers’ Liability Insurance?