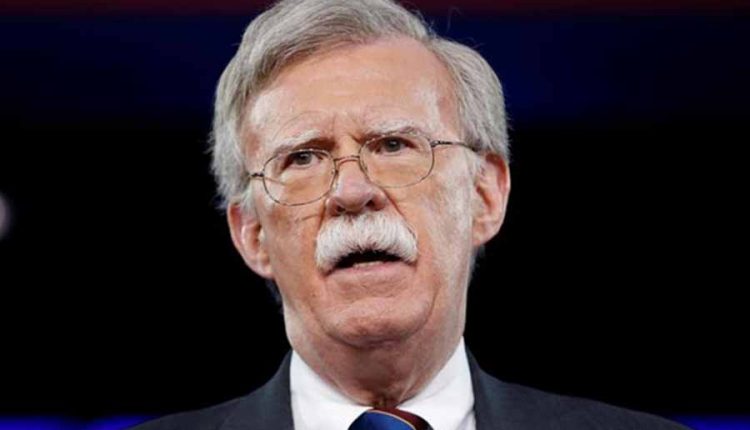 The White House wants to prevent the former security adviser’s book from appearing as planned in the coming days. It’s about national security.
Shortly before the planned release, the U.S. Department of Justice wants to prevent a former National Security Adviser John Bolton from publishing a book in court. A lawsuit brought before a federal court in Washington said Bolton was not only distributing secret information, but also endangered “national security” with the publication. The lawsuit requests the court to prohibit publication of the book before the White House review of the content is complete.

Bolton had lost his post as a security advisor last September after disagreements with Trump. Bolton announced at the time that he would present his view of things in due course. The book, The Room Where It Happened, was originally scheduled to be released in March, but the White House has stopped it. Tuesday’s lawsuit said Bolton had received approximately $ 2 million from the publisher for the book.
Trump had threatened Bolton on Monday if the work was published. If the book were released as announced Tuesday next week, Bolton would “violate the law,” Trump said. All discussions with him, which Bolton may quote from his time in the White House, are “top secret”. It was “totally inappropriate” for Bolton to publish a book during Trump’s tenure.

Justice Minister William Barr said Bolton had not gone through the mandatory process of getting passages through the White House released. Trump went on to say that Bolton is known for not always telling the truth. According to the publisher, the book portrays a president who is “addicted to chaos”. Trump was only concerned about his re-election.