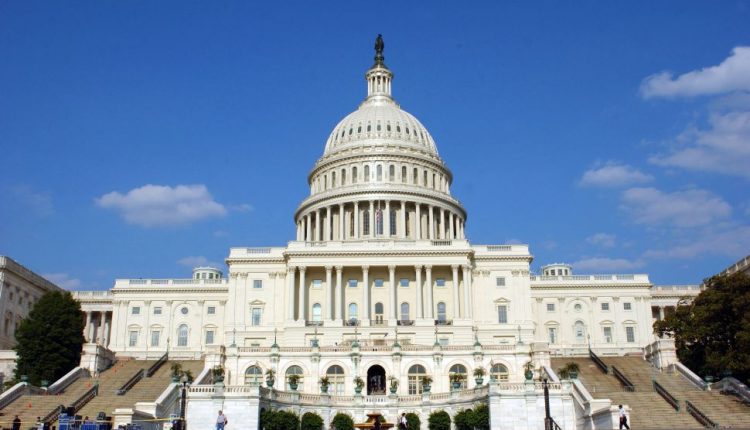 Two suspects are said to have injured police officers in the US Capitol storming in January and are now detained. One of the officers died the day after the attack.

After the US Capitol attack in early January, two men have now been arrested for attacking police officers at the parliament building. The detainees have sprayed three police officers with a chemical substance in the face and injured them, the Justice Department announced. The 32 and 49-year-old men from the states of Pennsylvania and West Virginia were not accused of murder.

The 42-year-old police officer Brian Sicknick died the day after the rioting of injuries sustained while storming Congress. Video footage from January 6 showed one of the suspects “holding a canister in his right hand and pointing it at the officers,” the statement said. Three police officers, including Sicknick, responded to the spray and pulled their hands back in front of their faces to rinse their eyes. Upon returning to his office, Sicknick collapsed and was taken to a hospital. There he died the following day.

Initially, the investigators assumed a blow with a heavy object, presumably with a fire extinguisher, as the cause of death. According to the information, the chemical substance could have been a bear spray. The exact circumstances are being further investigated.

Supporters of the former US President Donald Trump stormed the Capitol on January 6 – Congress had gathered there to officially announce his successor Joe Biden’s election victory. A total of five people were killed in the attack. The Ministry of Justice has already indicated some right-wing militia supporters. Impeachment proceedings for “inciting riot” were initiated against Trump after the incident.