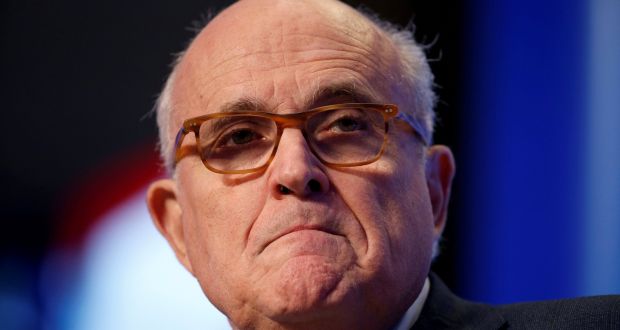 Trump may well give Himself Pardon, but will not do that

Trump may well give Himself Pardon, but will not do that. American President Donald Trump, who is under pressure from the investigation of special prosecutor Robert Mueller, may in the course of that study probably give himself a presidential pardon. “But he is not going to do that,” says his lawyer Rudy Giuliani.

Robert Mueller is heading the investigation into possible Russian interference during the 2016 US presidential election. If Donald Trump ever came to the fore, then the president may well give himself a pardon. That’s what Rudy Giuliani said, the former mayor of New York, who has been advising Trump legally since April. But according to Giuliani, Trump is ‘not going’.

In an interview with ABC, Giuliani clarified that the American constitution does not explicitly state that a president can not grant himself any presidential pardon. “It’s a fascinating question,” Giuliani said. ‘One who, gosh, can only be answered by the constitution.’

Should Trump ever do it, then the consequences would be far-reaching, Giuliani realises. “Granting someone else pardon is one thing. Yourself that is something completely different. “In a conversation with NBC, Giuliani put it more strongly:” It is not going to happen. The President of the United States who forgives himself is unthinkable … It would probably lead to his immediate deposition. “

In Mueller’s research, several employees of Trump’s campaign team have already been charged. The special prosecutor also wants to investigate whether Trump tried to thwart the Russia investigation. Both Trump and the US deny that Russia has decided to interfere in the elections, and Trump has not attempted to prevent the research either.

Still, according to Giuliani, it is an ‘open question’ whether Trump sees a conversation with Mueller, but Trumps’ legal team is cynical about this. Giuliani also said that any possible summons of Mueller would be challenged as “unnecessary harassment” because the White House had already provided millions of documents and several witnesses.