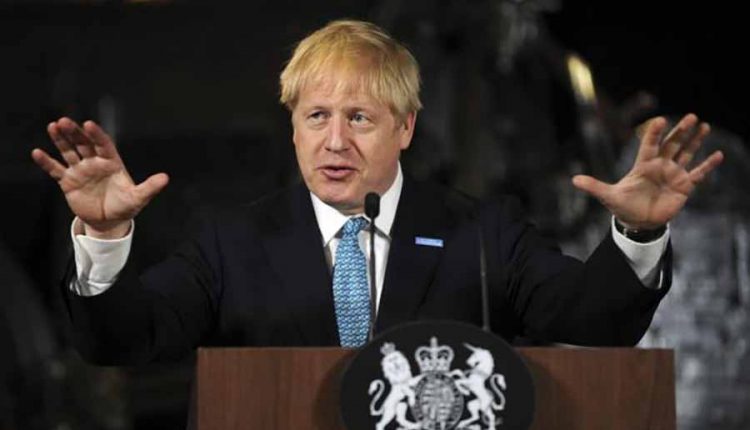 The new Prime Minister of the UK, Boris Johnson, has been thinking, writing and talking a lot in the last few days. He is, the characterizations can be summarized for his person, a confused or brilliant head, honest as Claas Relotius, but always entertaining, stirring in his views, but without any political conviction.

One who has himself as a program: “How do I become Prime Minister, and how can I stay as long as possible?” – And therefore, difficult to assess. The magazine “Economist” had him on the cover twice in recent weeks: once as a harlequin and after his election on the highest point of a roller coaster. And she said: this could be one of the shortest cabinets.

Because Britain faces the same problems as before, the government has no majority in parliament, because just as the conservative advocates of Brexit have been in opposition to Prime Minister May, the conservative Brexit sceptics are now against Johnson. The split in the conservative Tories continues to hold the country politically trapped. Only the omens have changed since with Johnson the Brexiteers put the Cabinet.

Relations with the EU are deadlocked because the 27 EU Member States do not want to renegotiate parts of the withdrawal agreement. Their common position is more important to them than flexibility to the British Government.

In addition, some problems, especially the border between Ireland and Northern Ireland, simply can not be solved to their mutual benefit. Above all, both sides know what they do not want. The situation has also helped Johnson to take office. Without the Brexit chaos, he probably would not have succeeded in projecting the political hopes of the conservatives.