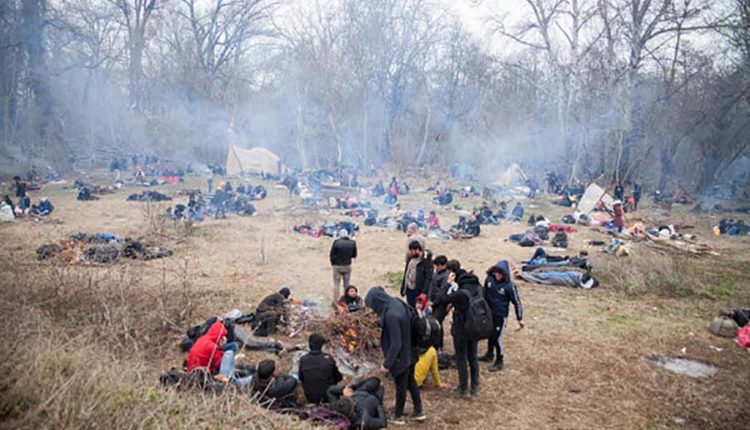 The SPD politician Bärbel Kofler calls on Europe not to leave Greece alone. Austria, on the other hand, warns against playing Turkey’s game.
The Federal Government’s Human Rights Commissioner, Bärbel Kofler (SPD), has called for the rapid admission of underage refugees in Greece by other EU countries. To calm the situation on the border with Turkey and protect the human rights of refugees, the EU must act immediately, Kofler told the Neue Osnabrücker Zeitung. Greece should not be left alone with the problem.

A European protection program for unaccompanied minor refugees or chronically ill children is needed, said the human rights officer. She appealed to Turkey not to misuse the fate of refugees for political purposes.
Since the weekend, Turkey has not stopped migrants from entering the EU from its territory. Greek security forces are trying to prevent border crossings. The situation is dramatic in the overcrowded refugee camps, especially on the islands in the Aegean. The Greens had failed in the Bundestag with an application for Germany to accept 5,000 refugees from Greece.
Kofler described the lack of a pan-European solution as the real problem. It is shameful that the EU countries have so far not developed a functioning common European asylum system. The EU Commission and all member states would have to quickly “make a new attempt to distribute refugees fairly to the EU states”.