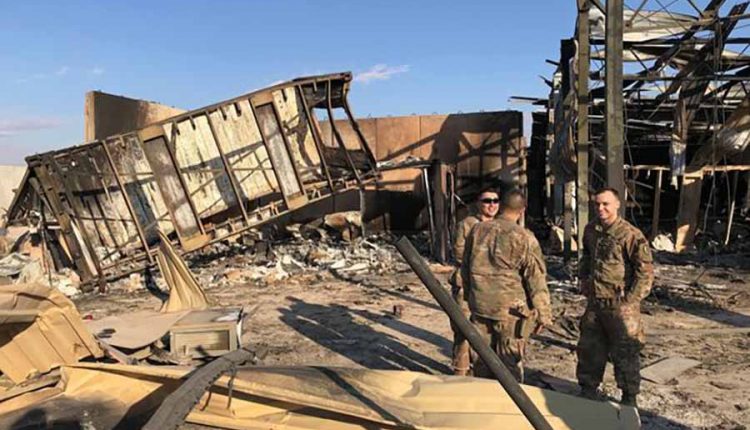 However, several US soldiers were injured in Iran’s missile attack

Iran shot at several US bases in retaliation for the killing of General Kassem Soleimani. Now the Americans are admitting that there were injuries.

Several US soldiers have been injured by the Iranian missile attacks on military bases in Iraq. As a result of the explosions on January 8, eleven soldiers suffered concussions, the US military said. You would still be medically treated for this. Some injured were flown out for further observation in US military hospitals in Germany and Kuwait, including the military hospital in Landstuhl.

President Donald Trump and the U.S. military said after the attacks that no soldiers had been killed or injured. In retaliation for the killing of senior General Kassem Soleimani in a US drone attack on January 3 last week, Iran attacked bases in Iraq where US troops are stationed.
Trump had refrained from announcing military retaliation, also because no Americans were harmed. After the Iranian attacks, it initially looked as if the conflict between Iran and the US could worsen. Both Trump and the Iranian leadership sent signals of de-escalation in the days after.

“Production of a cheap new iPhone starts in February.”