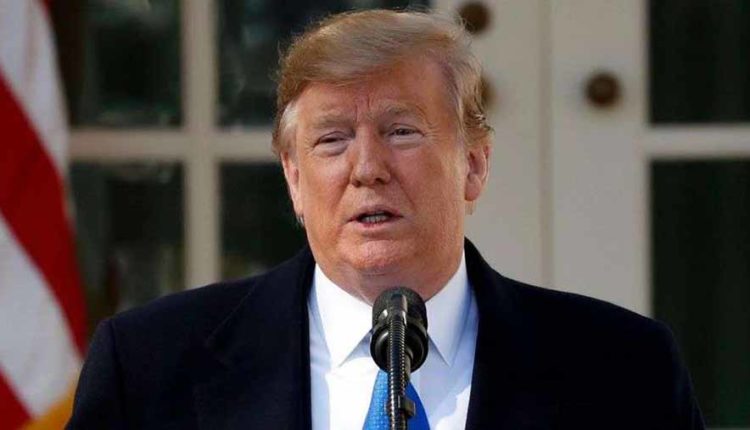 US President Donald Trump meets with the proclamation of a national emergency resistance – not only the Democrats. Landowners in Texas want to sue.

US President Donald Trump is criticised for his explanation of a national emergency. Trump was accused of attacking the constitution by Democratic leaders in the House and Senate, Nancy Pelosi and Chuck Schumer. Several Attorney General announced opposition. The first lawsuit comes from Texas: One district and three non-profit organisations want to challenge the legality of the emergency regulation.

Even in Trump’s party, there is discontent about Trump’s plan to redistribute budgets through the emergency decree so that he has money to build a wall on the border with Mexico. Several prominent Republicans had been critical of such a move, which is legally controversial.

Trump’s actions could set a precedent that could lead future presidents to impose spending policies in their favour. Republican Senator Susan Collins said emergency declarations are for large natural disasters and similar emergencies.

To do this on the border would be constitutionally questionable. “Such a statement would undermine the role of the Congress,” she had already warned. Senator Marco Rubio warned: “We have a crisis at the border, but no crisis justifies a violation of the Constitution.”

Senate Majority Leader Mitch McConnell had also internally advised Trump not to declare a state of emergency and warned that this might split his own party. Publicly, however, he had then surprisingly behind Trump’s plan of emergency declaration.

Trump had declared a national emergency on Friday at the southern border of the United States on Friday to advance his plans to build a wall on the border with Mexico. He justified this with an “invasion” of drugs, people smugglers and criminal gangs.

The President was also aware that he would face resistance: “Sadly, we will be sued, and sadly there will be a trial, and we will win happy, I think,” said Trump. He admitted, “I did not have to do that.” But he wanted to build the wall faster than possible in another way.