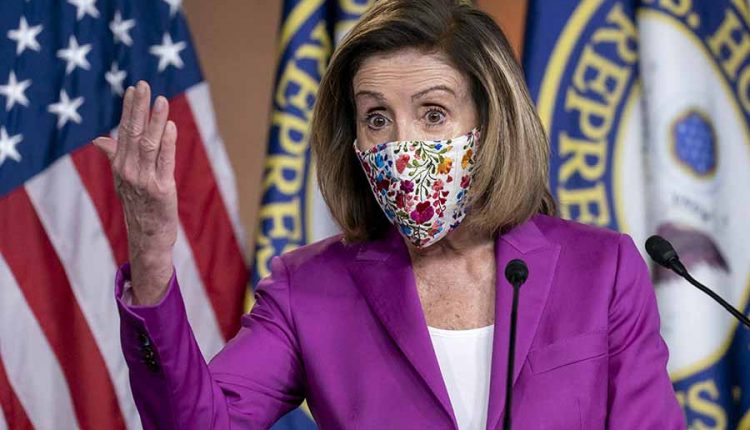 Nancy Pelosi wants to “act with urgency”. The US House Chairwoman gives Mike Pence 24 hours to remove the US President from office.
Nancy Pelosi had already announced that it would initiate impeachment proceedings against Donald Trump. Now the chairman of the US House of Representatives wants to accelerate the process and is allowing Vice President Mike Pence to depose the president himself beforehand: First of all, a draft resolution will be introduced into the chamber in the morning that requires Trump to be displaced by Pence, and the cabinet, the leader of the wrote US Democrats to their parliamentary counterparts.

According to Pelosi’s plan, the House of Representatives should vote on this resolution on the same day if possible. Pence will set a deadline of 24 hours with the parliamentary resolution to respond to the demand for the removal of Trump according to Amendment 25 to the US Constitution. The amendment enables the government to remove an incapacitated president from office.

According to Pelosi, should Pence not comply with the request, a procedure for the impeachment of Trump by Congress should be initiated immediately. Pence had recently distanced himself from Trump but did not reveal whether he was ready to remove Trump based on the additional article.

The Democrats and some parliamentarians from Trump’s Republican Party, accuse the elected president of direct joint responsibility for the storming of Congress by rioters last week. Shortly before the violent attack on the Capitol building, Trump repeated his unsubstantiated allegations of massive fraud in the presidential election in November and incited his supporters.

Democrats win one of the runoff elections in Georgia.