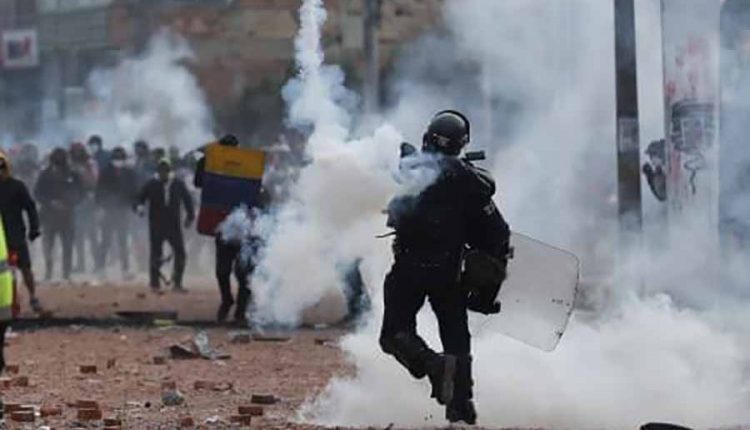 Colombia’s president wants to use the military against protests

Anti-government demonstrations are escalating in Colombia. President Iván Duque is now sending soldiers to the city of Cali, the centre of the protests.
Due to ongoing demonstrations against the government, Colombian President Iván Duque has ordered the deployment of the army in the third-largest city, Cali, the centre of the protests. Duque announced this after a security meeting in Cali. The conservative head of state said that the army would “maximally” support the police from that evening.

According to local authorities, the situation in Cali had worsened after a prosecutor’s investigator shot a crowd blocking his path on Friday. The shooting killed two people by the officer, and angry demonstrators subsequently killed the investigator. According to prosecutors, the officer was not on duty during the incident.

The criticism of the increasing police violence against demonstrators is growing. The American director of Human Rights Watch, José Miguel Vivanco, described the situation in the 2.2 million inhabitant city of Cali as “very serious”. He called on President Duque to take immediate action to defuse the situation. Among other things, state representatives must be prohibited from using firearms.

Sony will sell PlayStation 5 itself in the Netherlands