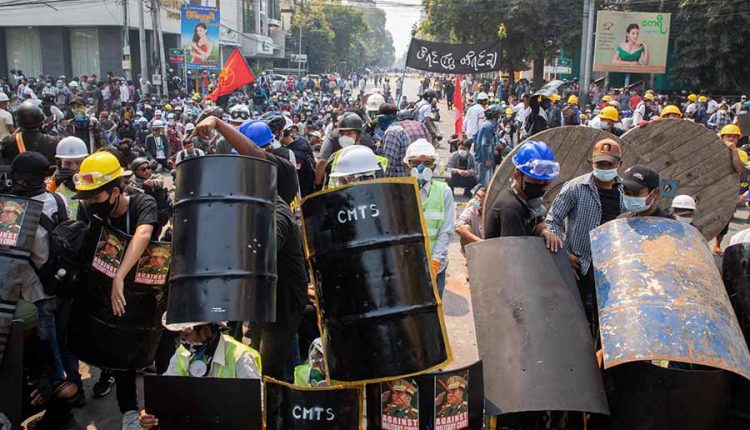 In numerous protests in Myanmar, many people were again injured, and several people died. Soldiers are said to have opened fire against demonstrators.

In Myanmar, despite increasing repression, thousands of opponents of the military junta continued their protests in several cities. They demanded the release of the disempowered head of government Aung San Suu Kyi, her civilian government’s reinstatement, and a return to democratic reforms. According to local media reports, several people were killed and injured.

In Yangon, security forces fired shots in Yangon’s former capital late on Friday evening and killed at least one person, a resident reported. At least three other people were seriously injured.
According to the news website Myanmar Now, two more people have been killed in Mogok. Soldiers are said to have opened fire.

According to the Reuters news agency, several demonstrators were injured in the second largest city of Mandalay for unknown reasons, and the police used rubber bullets.